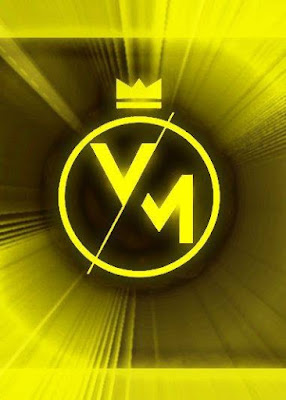 Voiceless Music has come a long way since using this award show logo just 2 years ago. But in that 2 years we've been in-tuned, impressed and enamored with all the artists who've come across our blog and graced us with music.
Fast forward to 2015 and we've come from giving you a online show, to a live show and 2015 Voiceless Music Awards or the trendy #IndieVMAs goes down Sunday, September 20th!
(for tickets: http://2015indievmas.eventbrite.com)
But as the 2015 show draws closer, we already look forward to 2016 as we've already been through 6 months of videos, freestyles and tracks. And of course to tease it all.. we've given you 10W AY TOO EARLY nominees for 2016 #IndieVMAs. Ready?

1) Catching Rec & Loyal Breed Up for Best Group/Label
2015 has been the Year of The Breed between the moves Ice The God & A-OK have made, but don't let Metafore & L.A.'s effort think Loyal Breed will run away with this win.
2) Closest Award Race: Recorded Freestyles
With freestyles/free verses being in this year we expected competition to be intense. Voiceless Music so far has 7 artists: MJ Smith, Shawn Rock, A-OK, Kyle Shawn, Motive, Nikko Testla & the collective of the Imperious Gang all possibly being nominated this year.
3) The Most Talented Breakout Artist Pool Ever?
When you boast this claim, you get comparisons to the 2003 NBA Draft (the year Lebron, Melo, D Wade & Bosh was drafted). But nonetheless its a balance field (so far) in Juju Siren, Daz, Butta Cool & Diior Diior that's sure surprise either of them if they win
4) Are Mixtapes The Thing Of The Past?
What happens when 2015 has YET to have a break out mixtape or EP? We doubt we will won't have a nomination for the category, but what does the rest of 2015 hold for independent artists with upcoming projects?
5) 2015 Artist Of The Year Will Not Repeat In 2016?
You  heard that right. With A-OK, Greg Owens, Frank Knight & Leon Marin  having a surging 2015, Voiceless Music Awards will continue to crowd a king (or queen) for a 4th year.
That's all for the early nominations and predictions. Be there September 20th for the live edition of the 2015 Voiceless Music Awards!
﻿
Voiceless Corner Voiceless Music Awards