Monday Night RAWRR / Katie Kay / Rockview Ent's The Give Back Show Gave Back In A Big Way! 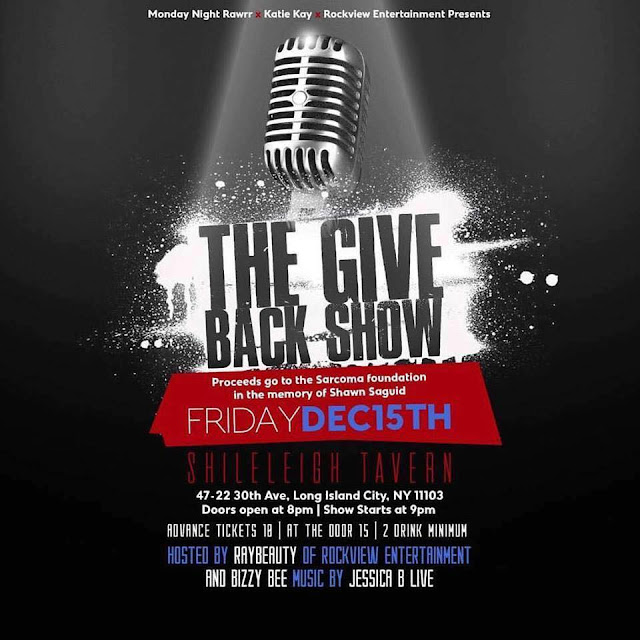 With all eyes on Shileleigh Tavern, The Give Back Show was literally the hottest ticket in town. As mother nature began her reign of snow terror, our illustrious 'promoter' for the night Katie Kay reassured us all the show will go on... and she did not disappoint the masses. 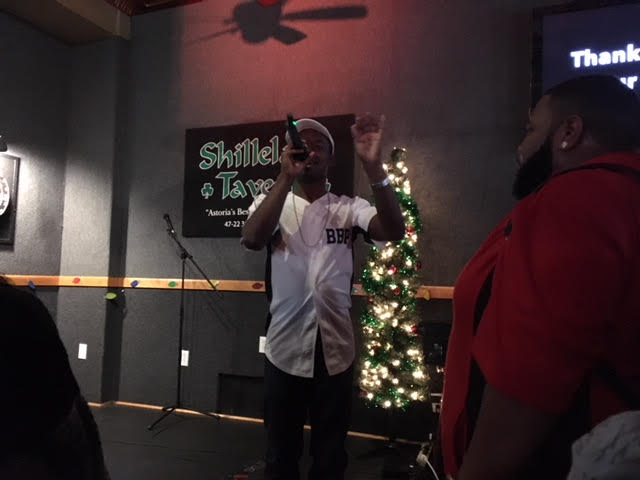 (One of the host for The Give Back Show: Bizzy Bee)

A grungy space full of Irish with love, the Tavern definitely filled with the whose who from Voiceless Music, WVMR radio station, and more all for #ShawnSaguid as Bizzy Bee and Raybeauty set the tone for the show as our amazing hosts. 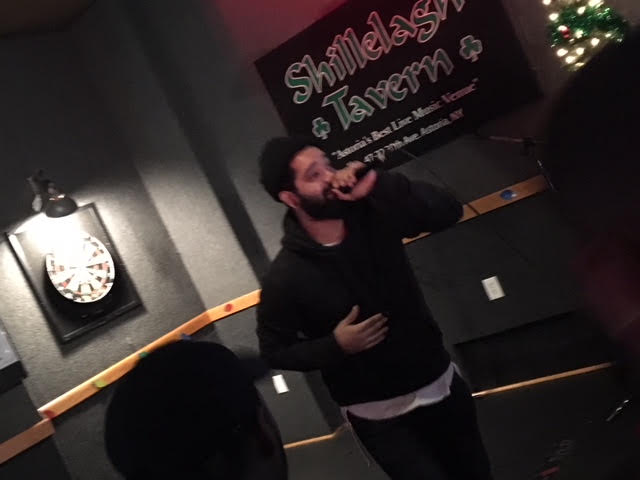 As we arrived, J. Garc was already gracing the stage as the Voiceless Music Awards nominee had the crowd on tilt with his smash "Lose My Mind". The Long Island Fresh Prince has not only showed much improve growth in his presence in front of a crowd but also his presentation that, as seen on Friday, set a trend for the rest of the night. 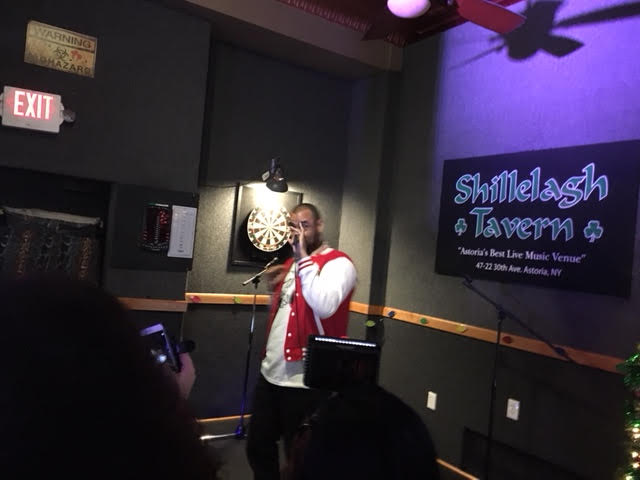 (A yo-yo legend in the making: Richard Pigkaso)

Hence why the hits kept coming as another Voiceless Music Awards nominee Richard Pigkaso, who may have earned himself another nomination as he delivered in one of the most diverse presentations with a yo-yo spinning a crystal ball (yes, a crystal ball) that would even make Shawn smile and a performance of "Painting Pictures" that had the crowd in a frenzy. 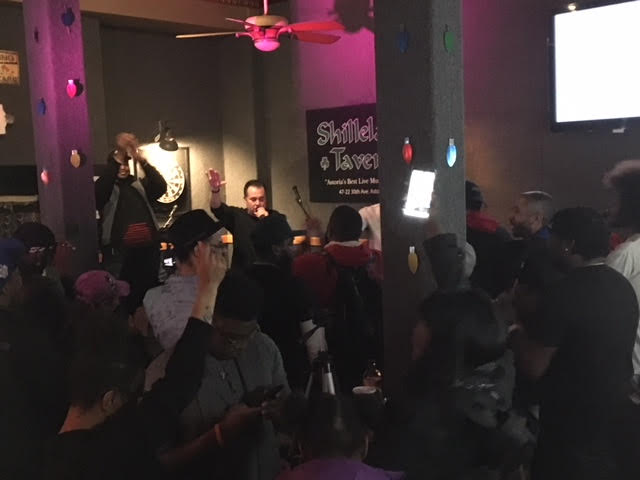 (The guy who made sure this was all possible: @ShillTav's head guy in charge, Rusty)

And with the Tavern's own Rusty who not only thanked everyone for coming but re-solidify his appreciation for Katie for such a passion for making this event possible, it was Monday Night RAWRR's host who made us turn on the waterworks as we took a moment of silence for Shawn...

...It started with a parting of the red sea by her fellow radio host DJ C-Murda along with several others such as Rockview's Skitz, Bizzy Bee, members of Born Free Music Group, fellow media sponsor Mr. Dope Chef, and our very own DJ Mainstream who came up to hug the woman with the biggest heart in the room to console her for making this all possible.

Between Blackout The Rebel and his girlfriend's F*CK Cancer shirts, Diipps and the Thot Boys bringing another A1 set, our very own Ant The Rebel presenting us with the amazing VDP, X-YLE's breakout performance standing on tables, S-ROCK's hitting us with some unreleased exclusives and Jessica B. Live's on point DJing, The Give Back Show was the concert you didn't want to miss...

And for those who did... you missed what we did: made sure we'd #GiveBackForShawn 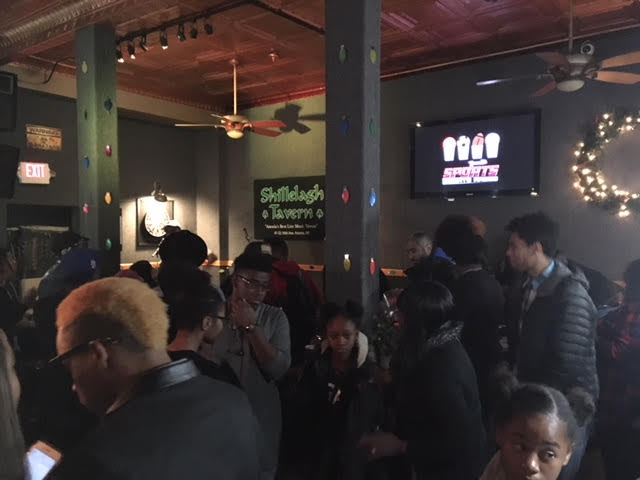