A Minute With Mainstream: Notes82 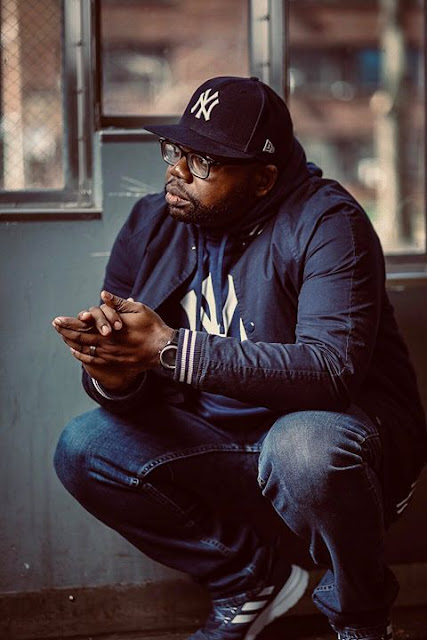 
Friday. End of the work week. The preparation of what we could only hope to be a long weekend. For most people, especially artists, Friday is just another studio day. Possibly a performance day. Maybe a day to drop a freestyle. Yep, that sounds like Notes82’s day to me. A throwback to the yesteryear of when lyrics mattered more than the beat. It’s a testament to how he was raised, how he came in the business, and how he plans to re-shape the culture he loves. It’s deeper than rap.

Mainstream: My man Notes! Fam, for someone who's setting Voiceless Music on fire you sure came out of nowhere on the radar. How are you today?

Notes82: I'm awesome brother. Yeah, it’s the year of the unexpected for me. Just want to do what I can for the culture I love.

And it seems like ‘for the culture’ is so cliché but for you, it isn’t. I mean you came out with a song called ‘Death to Mumble Rap’ lol. I assume you were raised on some of the great MCs?

Yeah man, funny story my brother use to buy every tape that came out with some of the top MCs album like a Rakim, Big Daddy Kane, Kool G Rap, etc. I use to take them and listen to them when he wasn’t home so he really introduced me to the culture and I fell in love with it from the jump.

Wow, me and you... Cut from the same damn cloth. My father use to have Rakim, Big Daddy Kane, and Pete Rock & CL Smooth tapes and that’s how I fell in love. Then there’s Jay Z (laughs). When he came along it changed my whole trajectory in music. For me, he made me wanna DJ. Who made you say “ok, yeah I can do this”? 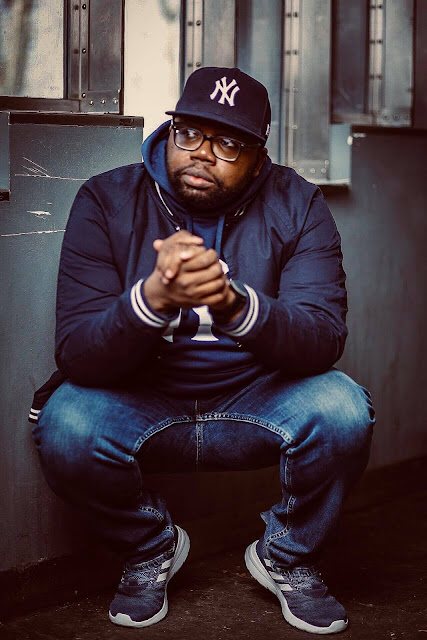 To be honest BIG, Nas, Jay Z. They elevated what I loved about the 80’s and the 90’s lyrical wise they made me say, yeah Hip-Hop, you the love of [my] life.

But damn she can be a bitch though. I think the crazy part is Hip-Hop definitely can set you off and put you in a mood and then you realize you gonna end up loving her for life. What was that one moment that made you fall for Hip-Hop?

My first cypher in my hood with a couple of top rappers in my hood. I came in unknown and starting killing the top competition. After that, it was a go for me.

Like Snoop came through and crush the buildings… that’s some real shit. I remember when I first wanted to rap. Yeah, stopped that quick (laughs). But now bullshit aside, there’s one thing to go into a cypher unknown and killing the game. But how was your family react to you wanting to be an MC?

To be honest, I was raised a preacher child so at first it wasn’t a good look for them they thought it was the devil music but as I grew they started to accept it as a god given talent. My parents are my biggest fan now.

I love that! Bro, it was so nervous telling my mom’s I was a DJ until I DJ her house party and she was like OK, I see you. Ok, so the world on this underground and independent scene is starting to get to know you through being a part of Every Dolla Counts. How did that come along?
Well, I met Live Johnson, who is my cousin Jessica longtime boyfriend, at my brothers', wedding 4 years ago and at the time I was still living in the south. I got cool with him over Facebook and [we] exchanged numbers. Then, I got a cover done by Live for my mixtape The Vision and from there, 3 years later he was in a certain situation where he wanted out and I just told him straight up you should do your own thing with artists who are willing to work and build a strong foundation in music. Live dragged his feet a bit, but as you see he took my advice and now EDC is not just me and him, it’s a power group ready to show the culture real music. 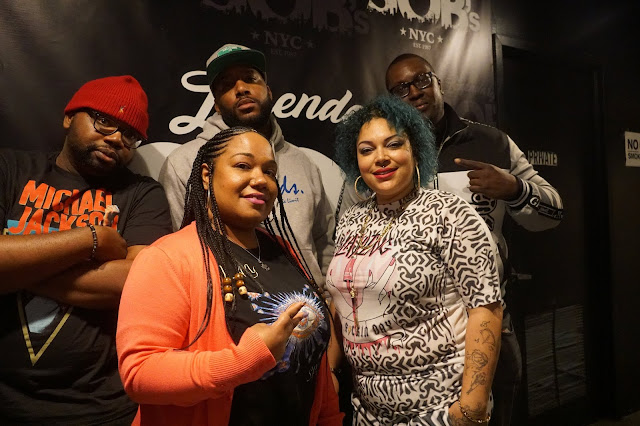 That Live Johnson artwork will change your life. I owe that man much gratitude for all he’s done for my own business. The one thing I’ll say for him that it takes a lot to become a leader in the very judgmental music business but I feel he’s doing great so far. He got you on everyone’s radar now. How’s the reception been getting to know other artists like yourself?

It’s been good a lot of the artist I have got to know to show respect cause I’m only giving positive vibes. Artist like Leon Marín, X-YLE, Nikko Tesla. They know music, and real recognize real. Already got to know other artists who want to work with me in the studio so it’s been a warm reception thus far

I'm here to give the culture something new but positive in the sense of how we felt when we were listening to hip hop in the golden era of hip hop. The culture will only stand if the progress of unity is the number one priority.

The hardest part is dealing with this culture. So much clout chasing and drama for people not major yet. Kind of sickening. I miss the golden era days myself before social media existed and turned everyone into something they not. How have you handled the negativity?

It hasn’t really bothered me the only thing I will say is a concern is a lot of people are doing music but aren’t In Tuned with improving the art itself. My thing has been to always tell my truth no matter what. In this day in time, it is acceptable to be able to front and not keep it real. Then just keep it all the way 100. I'm on a different mindset level, the clout chase fame means absolutely nothing it’s not my destiny to be a clout chaser or a fame seeker my purpose is live in a positive light be the best father, husband and musician I can possibly be. My story has already been written I just need to live it how God orchestrated it to be. The truth is music is the air I breathe freely and nothing negative can take that away

Yo did you just write a whole bar in this interview? That was dope and that’s an even better outlook on things. To be real with you man I think if you ain’t born into this you have to fall in love with it. So this “Suicide” record is fire. Probably some of the most real shit I’ve heard in a while. How did the concept get created?

I remember a conversation I had with one of the homies I grew up with 15 years ago like a month before he killed himself may god rest his soul b nick. But in that conversation we talk about growing up in wanting to run the streets and streets never showed us any type of love meaning it was cool to the eyes but unhealthy to the soul. It was the first time I knew my life wasn’t going to end in the streets but end being happy not to worry about losing my life to the hood and fake friends around. So I separated myself from streets and dedicated that way of life to no going back but moving forward. The concept was kind of my letter to him. That pressure of streets gave him that pressure to take his life. That shit still hurts like it happens yesterday. 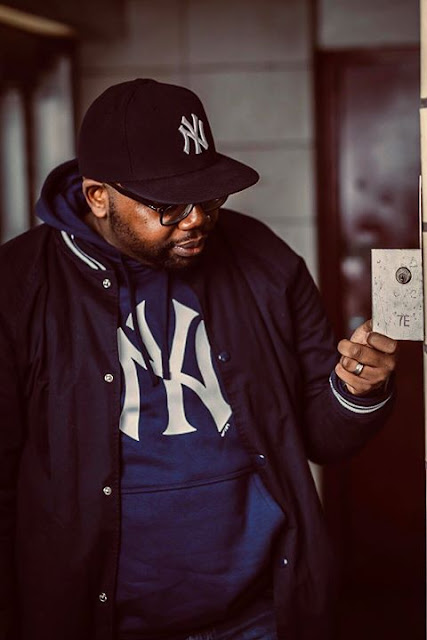 The fact you took that time and energy to put so much in perspective on that track in dedication to him is amazing. Being a suicide survivor.. more so just being a human being, I related to it. You delivered some major keys that shouldn’t go unnoticed. So as we wrap up, 2019 Voiceless Music Awards is 4 months away, but you're on track for the 2020 edition nomination. What’s one category you definitely wanna aim for?

Goals man, goals. Right now your on pace as a Breakout Artist, so keep the hustle going and you’ll get there. Any shoutouts before we go? 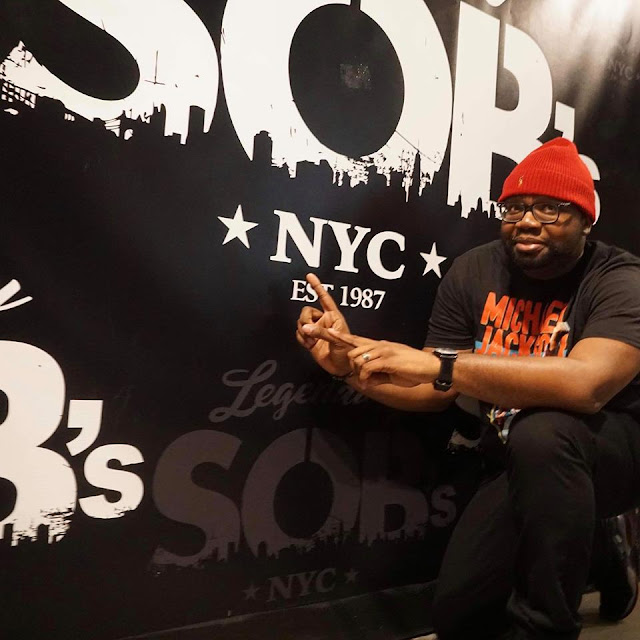 Hear all of Notes82 latest releases:
Notes82 on Audiomack
A Minute With Mainstream Notes 82