Thoughts Of A Regular Fan: Blackout The Rebel - Far From Home (Album Review) 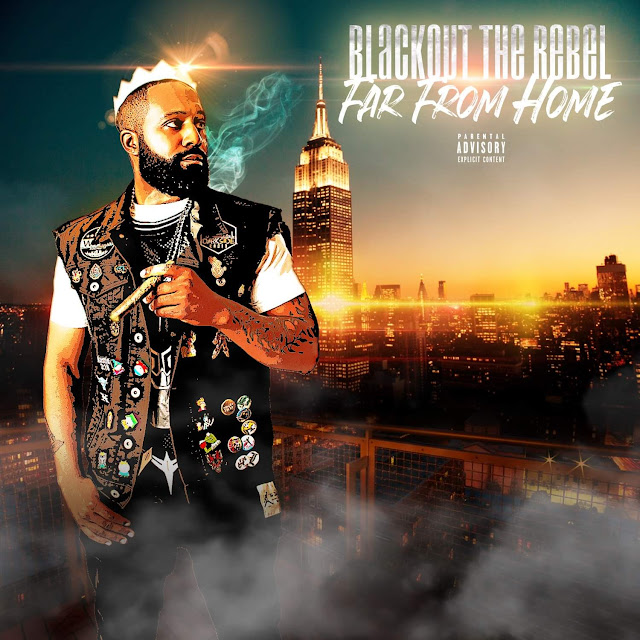 My name is Michael Bostic, and as most of you know, I am an artist under EDC and host of Thoughts of a Regular Man podcast. But at the end of the day, I am also a fan of music. So starting today, I will be writing for Voiceless Music for a segment called Thoughts of A Regular Fan as I will review songs and albums from independent artists. First up, Blackout The Rebel’s Far From Home.

“You will either step forward into growth, or you will step backward into safety” - Abraham Moslow

Growth is what we see in Blackout The Rebels new LP, “Far From Home”; growth personally, professionally, and musically. FFM is a story about a man who wants to stay where he belongs but is almost forced to become someone he's not. Anyone who is a fan of Blackout's music knows that he brings something different to the Hip Hop table, something all his own. You don't see many artists today touching on the topics of religion, war, love, success, and partying all in one album and make it sound good, but the Rebel makes it look easy.

The album starts off with Hell of a Night, a song that reminds me of the early Blackout the Rebel days. Great bars, a lot of fun. After hearing it, I thought that maybe I was in for a similar experience from his last album, “Train of Thought”, but boy was I wrong. The very next song, Poppin’ Bottles, is so left field from what Blackout usually does, and surprisingly it works. As the album moves forward, you see an intricate tale of a man trying to prove that he can stay current with hip hop by doing what everyone else does, but by the time you get to the 6th track, the title track, you realize internally he's struggling. He starts to realize relevancy isn't necessary when you have your own style, and by the end, the struggle is over. Blackout is Back Home, and we were all there for the ride.

It's rare that you get an album that tells a complete story from beginning to end, and I enjoyed every chapter.

Far From Home is out now on Audiomack here:
https://audiomack.com/album/blackouttherebel/far-from-home-2