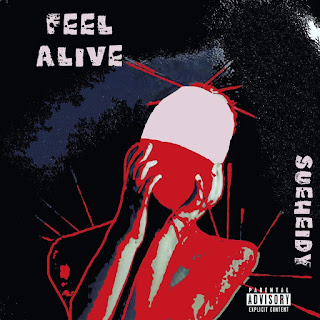 As far as Hip-Hop goes it started out as an outlet to get away from the harsh realities of living in the ghetto. That quickly shifted when rappers began using their voice and music to report and broadcast what's really going on in their neighborhood and the world. Years since its inception you still have artist continuing that tradition. Sueheidy is no different as she unveils her new music video for "Feel Alive". As you listen to the words it perfectly describes the feelings of most POC dealing with oppression and systemic racism. Just wanting to feel alive and be free is all this song is trying to convey and as you can see from some of the  clips of protesting in this video it's not so easily obtainable. The choreographed dancing amplifies the climate of the song not to mention the red lighting. It all says anger and frustration as we fight to feel alive in a society that tries to kill us one way or another. Watch Suheidy's "Feel Alive" and let us know not only what you think about the song/video but also how you've been coping with everything going on as of late.