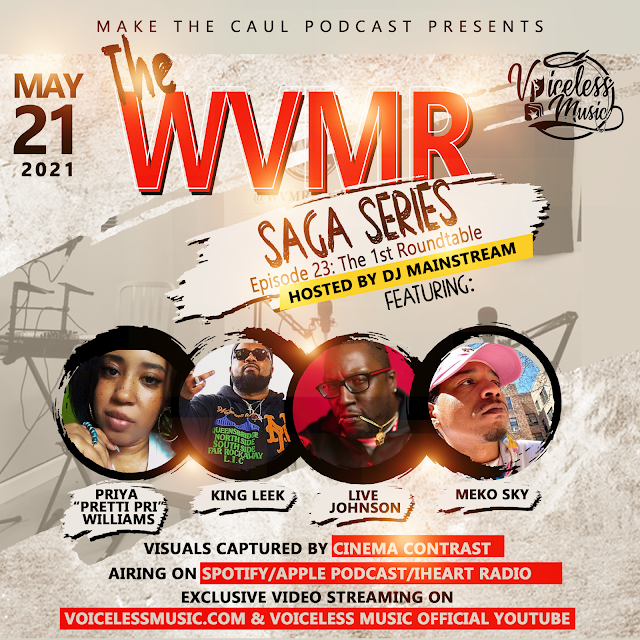 The legend of WVMR will forever live on: either through the personalities that created their own lane or the shows who gained valuable experience from being apart of the famed independent music radio station.

Fast forward 4 years later, the Make The Caul Podcast will travel back in time and revisit the story of the Long Island City based radio station and speak to four people in groups who were instrumental in the rise and were there during the fall of the Radio Home of The Independent.

Entitled The WVMR Saga Series, where the former owner interviews personalities and representatives of the famed station to speak on anything and everything WVMR, the podcast will go all in on a visual and audio experience, recorded in open forum format with famed videography company Cinema Contrast!

The first edition, recording on Friday, May 7, and released on May 21st and May 28th, will be presented as Episode 23: The Roundtable in 2 parts featuring Pretti Talk Radio’s Priya ‘Pretty Pri’ Williams, Misfit Mob Radio’s King Leek, Loud Silence Radio’s Meko Sky and the creator of the WVMR logo Live Johnson.