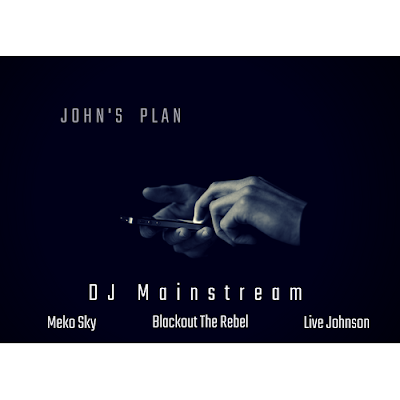 Announced on DJ Mainstream's Facebook live, it looks like our boss is priming for a Winter release of his mixtape, The Voice of The Voiceless.

So with the 2018 Voiceless Music Awards on the way, it seems the show is getting nothing but promo from all the nominated artists ready to win the indie version of the Grammy's.

But for today's featured artists, that vibe is completely different due to their closeness with the Voiceless Music general. With God's Plan hitting the speakers, Meko Sky, Live Johnson and Blackout the Rebel presents us with... "John's Plan".